This scene is an attempt to recreate this scene drawn by Ma-ko for Gardens‘ upcoming game. The clip above shows my process frame by frame.

The clip below shows a 3D view of the scene, with the camera swinging from left to right. It also shows a custom data pass, the outline pass and the scene without outlines.

This scene consists mostly of procedural geometry. For instance, the leaves are done through a compute shader that draws geometry (see picture). It works very similar to a grass system where you can paint the leaves onto objects. Each leaf can have a different color, scale, grow direction and normal. In this scene there are approximately 40.000 leaves.

For the rocks I roughly model a silhouette in Blender, which I then take to Houdini. There I procedurally deform it and bake the height position and “ambient occlusion” into the vertex colors, which I later use in my shaders. 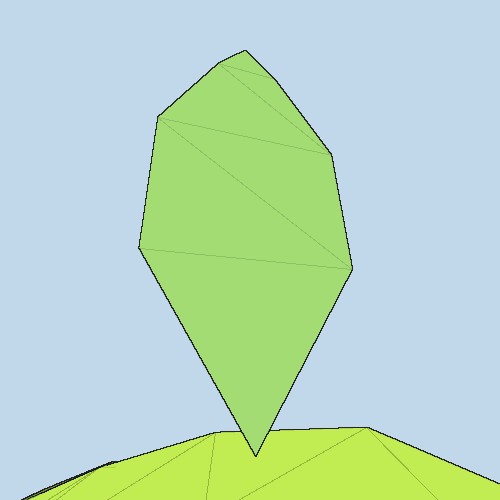 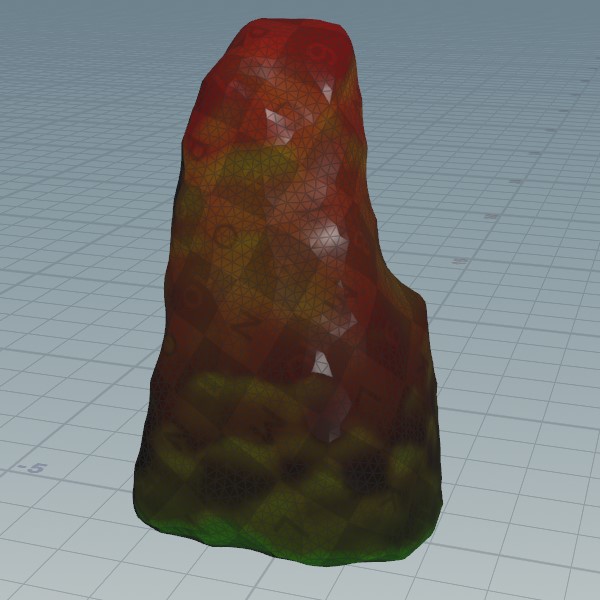 The first 2 parts of this tutorial, by Moeen Sayed helped me get started on the procedural rock modelling in Houdini.